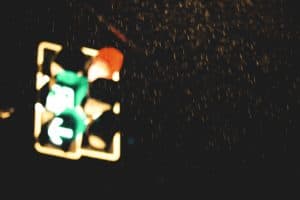 Pedestrian Hospitalized After Being Hit by Truck

SAN DIEGO, CA (January 24, 2019) – A 50-year-old woman was seriously injured when she was hit by a driver while crossing West Olive Drive at East San Ysidro Boulevard Tuesday afternoon.

The incident happened around 5 p.m. near the intersection, according to San Diego Police Officer John Buttle.

A 29-year-old man driving a Toyota pickup truck southbound on Olive Drive came to a stop at a light and began making a right turn onto westbound San Ysidro Boulevard; however, as he was turning, he struck a 50-year-old woman who had just stepped off the curb to cross Olive Drive.

The pedestrian struck her head on the pavement and was brought to a nearby hospital with life-threatening injuries. Meanwhile, the Toyota driver stayed at the scene and was questioned by law enforcement. Police do not believe alcohol played a role in the crash.

Being aware of your surroundings can make a difference to your safety and others. When driving, look both ways before making your next move and pedestrians are encouraged to cross only when it is safe to do so. Pedestrians and drivers are urged to communicate with one another for better road safety.

At the Sweet Law Group, there is no case we are unable to tackle. For more than 44 years, our firm has been revered for its hard work in wrongful death and personal injury cases. We take satisfaction in knowing that we are fully trained in many areas of the legal justice system. We can help you in your legal fight and grant you a successful case. From personal injury to wrongful death lawsuits, our lawyers are properly trained to guide you. To prosecute the reckless driver for his or her actions, call (800) 203-3061.