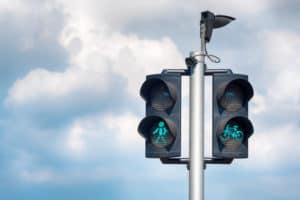 According to the California Highway Patrol, the incident occurred on Highway 101 North in San Mateo.

Around 2:16 a.m., authorities responded to reports of a solo-vehicle non-injury crash. A Good Samaritan, described as a man, suffered minor injuries as he was helping the crash victim. According to reports, a driver struck the man, causing him minor injuries before fleeing the scene.

However, neither the crash victim nor the Good Samaritan was able to provide authorities with a description of the driver’s vehicle.

At this time, officials are seeking witnesses’ help in locating the driver’s whereabouts.

Remember to stay at the scene of a car accident. Leaving the scene is against the law and can turn out badly for you. Although a road accident can spur us into a state of panic, it’s always best to stay calm and think clearly.

With a call to the Sweet Law Group, you will discover more about your legal rights. We are not here to regale you with nonsense. We’re interested in discussing your case to determine the next steps in granting you justice. Our legal counsels have settled thousands of cases involving wrongful death, car accidents, personal injury and disability law. Learn more about our distinguished legal support by calling our firm at (800) 674 7852.