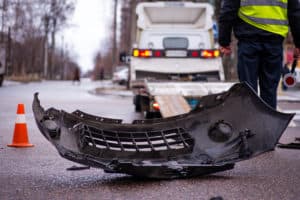 CALEXICO, CA (December 28, 2018) – A two-vehicle crash on Highway 98 near Holdridge Street Thursday morning claimed the lives of three men and left one with injuries.

The names of the deceased have yet to be released, but they have been identified as a 59-year-old Calexico man, 41-year-old El Centro man and 33-year-old male from Calexico.

According to reports, the three men were in the Nissan Sentra driven by the 59-year-old and heading eastbound on the highway. Under mysterious circumstances, the Nissan veered into the westbound lanes as it exited a curve on Highway 98 and traveled directly into the path of a Bluebird Farm Bus, driven by 49-year-old Lucila Arizmendi, of Salinas.

Arizmendi, who was reportedly unable to avoid the collision, collided with the front-end of the Nissan. All three men in the Nissan were killed at the scene. It was said that everyone except the 33-year-old Calexico man was wearing their seatbelts at the time of impact.

Arizmendi was brought to El Centro Regional Medical Center after complaining of lower back pain.

Authorities are investigating this deadly crash and so far, believe that drugs or alcohol did not play a role.

Our deepest thoughts and sympathies go out to the bereaved family and friends of the victims. We hope you all find support and strength around you in light of these delicate times.

When choosing a personal injury law firm in California that can fight for your future, look no further than the Sweet Law Group. No other personal injury law firm comes close to our distinguished effort in representing victims of negligence. We are revered for our 98 percent success rate and unrivaled expertise. With more than 44 years of knowledge under our belt, we can undertake any size case. Our proven track record is evidence of our unwavering persistence and might in fighting for those we care about. To file your wrongful death claim, please call (800) 203-3061.