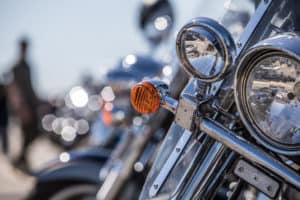 According to reports, the Spokane Valley police detectives were summoned to the scene around 11:35 a.m. Upon arrival, police found a man under a blanket in the roadway.

According to a witness, the motorcyclist had been traveling at least 80 mph on East Broadway Avenue before it tried to overtake a westbound semi-truck.

The witness further noted that the motorcyclist rode toward the middle lane, struck the eastbound camper’s left side and crashed.

Although Gary E. Grzogorek was wearing a helmet, it had flown off during the crash.

Unfortunately, the 44-year-old rider died as a result of his severe injuries.

Following the accident, deputies shut the area down for several hours due to the investigation.

We’d like to express our sincere sympathies to the bereaved friends and family of Gary E. Grzogorek.

When choosing an attorney, turn to the Sweet Law Group. We are revered for our effort and determination to grant our clients justice and compensation. Whether you’ve suffered a loss in the family or an injury, call (800) 674 7852 for more information. We specialize wrongful death, personal injury and car accidents. If you believe you may have a case and would like to discuss it further with our staff, contact us.