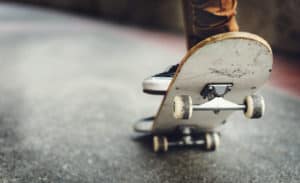 Vancouver, WA (May 3, 2020) – On April 29th, 45 year old William Miller was fatally struck by a teen driver in a shopping center parking lot.

According to Joshua Jones, the 18-year-old driver who hit Mr. Miller, he was trying to scare the skateboarder. Reportedly, Jones drove through the parking lot to avoid traffic when Miller skated near him and punched his window. The accident occured around 1 pm.

Subsequently, Jones turned around and accelerated toward Miller. According to the police report, Jones did not stop driving until after he had already struck the skateboarder, trapping him under the vehicle.

By the time first responders arrived at the scene, witnesses had already begun working to move the car from Miller’s body. Reportedly, a crowd attempted to use a car jack to move the vehicle.

Despite the efforts of the passers-by, Mr. Miller died at the hospital as a result of his inuries. Additionally, Jones was booked at Clark County Jail.

Sweet Lawyers extends our deepest condolences to all involved in this unfortunate accident.

Here at Sweet Lawyers, we know how difficult it can be to grieve a sudden loss. If you or a loved one are involved in an accident or suffer injuries or wrongful death turn to Sweet Law. Our team of top-notch lawyers want to help you earn the just compensation you deserve. Call our offices now at (800) 674-7852 to schedule a free consultation with a professional in your area. You can also reach us by email, talk on our live online chat, and text message us 24 hours a day and 7 days a week.