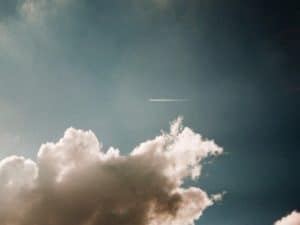 TEHACHAPI, CA (February 25, 2019) – Three victims were recovered from Thursday’s plane crash in the Tehachapi Mountains near the 5 Freeway.

The Kern County search and rescue crews were able to continue their search and investigation of the plane crash on Sunday in the mountains. Per reports, severe weather delayed their investigation.

According to Sgt. Steve Williams, per a radar analysis, the pilot of the double-engine Beechcraft private plane was trying to get around a weather system but at this point, authorities are investigating the ultimate cause of the crash.

One person was first confirmed dead at first until the other two were recovered much later.

According to reports, the aircraft was reported overdue on Thursday night and officials announced that it had crashed in a remote area in the Tehachapi mountains. The airplane was said to have a flight plan from San Luis Obispo to Los Angeles.

Neither of the victim’s identity was released. A follow-up investigation is underway.

Our sincere sympathies go out to the bereaved families and friends of the victims. We wish you our support and strength during this delicate time.

From wrongful death to disability law cases, at the Sweet Law Group, we handle an underbelly of lawsuits. We devote ourselves to each client we assist in knowing that their future matters most. If you’re facing expensive medical bills, a painful loss of a family member, an injury or financial loss, call (800) 203-3061. While our duty is to protect you from further losses, yours is to concentrate on your rehabilitation. Our firm is backed by 44 years of practice and takes pride in its knowledgeable and dedicated team of lawyers who will go above and beyond to secure your future.