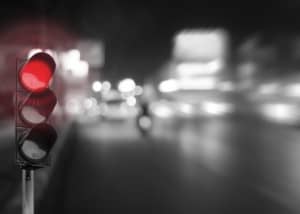 SAN DIEGO, CA (December 19, 2018) – A 7-year-old boy was hospitalized Tuesday when he was struck by a vehicle in the 4700 block of Newport Avenue near Ebers Street.

According to San Diego police Officer John Buttle, the incident happened around 6:30 p.m. when the child and his family was walking on the north side of the street looking at the Christmas lights on the other side. The 7-year-old child stepped from the north curb onto the street and was hit by an oncoming 2006 Lexus headed westbound on Newport Avenue.

The unidentified victim was shuttled to a nearby hospital with a serious leg injury. Meanwhile, the driver of the Lexus, a 55-year-old man, stopped at the scene and was questioned by officers. Police confirmed that impairment did not play a role in the crash.

When standing near the streets, be careful around vehicles. Oncoming cars may be seen traveling and it is best to steer clear from them. Drivers are also encouraged to keep their eyes out for any pedestrians. Drive at a safe and controlled speed limit and scan the roadways ahead of time to avoid hitting a person.

We aim to be a cut above the rest here at the Sweet Law Group. Our bonafide team of attorneys perseveres on the bedrock of hard work, client satisfaction and seeking justice. Our breadth of experience allows us to fight aggressively in each case. For more than 44 years, our firm has been committed to helping victims of misconduct and negligence. We pledge to never lose sight of what’s best for you. When pursuing a dedicated and knowledgeable personal injury attorney, call (800) 203-3061.