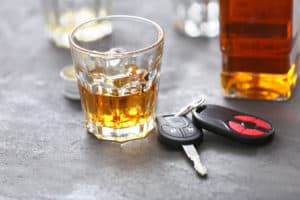 The deadly crash took place at about 8:15 a.m. north of Tuscan Avenue, and left 27-year-old woman and a 32-year-old man dead.

The California Highway Patrol said Cantrell was driving a 2017 Ford Fusion at a fast speed.

Due to his level of intoxication, the Ford went off the road and into a ditch. The crash caused the car to go airborne and strike a tree.

There were four occupants in Cantrell’s vehicle, and the male and female backseat passengers were killed in the accident.

Immediately, the rescuers took them both to Mercy Medical Center in Redding.

Furthermore, the authorities withheld the names of the other two passengers, both from Los Molinos.

Police arrested Cantrell on suspicion of driving under the influence and released to the hospital.

The CHP continues to investigate the deadly DUI accident.

We at Sweet Lawyers would like to express our condolences to the families and friends of the two deceased. Our thoughts are with you during this difficult time.

Ultimately, losing a loved one can be distressing for your family and those involved, to say the least. You may have a chance to obtain justice and the means needed to cover unexpected monetary, physical, and emotional damages. With 40 years of practice, Sweet Lawyers is confident that we can tackle your wrongful death or personal injury lawsuit and help you move forward. Our lawyers are here to guide you through these legal difficulties. We will help you acquire the justice and compensation needed to cover any financial hardships following a State Route 36 crash. For a free case evaluation, call (800) 674 7852.