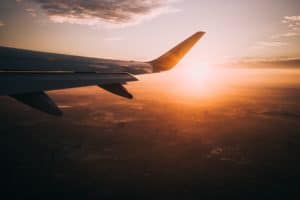 According to the sheriff’s office, the crash happened just after 6:00 p.m., in a field off the 21000 block of Springfield Road near the Columbia Airport. A single-engine Cessna 140A was involved in the crash.

Just before noon Thursday, authorities identified the victims as 73-year-old Robert Clough and 71-year-old Robert Parriott. Clough was the pilot, and both men were Sonora residents.

The men were returning from a business trip at the time. Their preliminary cause of death is major trauma, according to the coroner’s office.

The National Transportation Safety Board is working with the FAA to investigate the cause of the crash.

We express our deepest condolences to the families of Robert Clough and Robert Parriott during this time of grief.

We understand that the aftermath of losing a loved one can be extremely confusing and traumatizing. However, our office has devoted many hours to provide the best representation to our clients, making sure that bereaved families will get what they rightfully deserve. If you have lost a loved one in an accident caused by negligence of another party, do not hesitate to contact the Sweet Lawyers today. We offer consultations at no charge and we have several locations throughout Northern and Southern California. Please call us at (800) 674 7852.