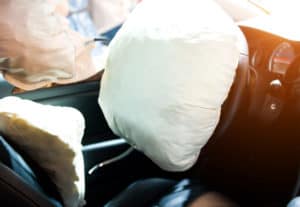 The incident befell around 7:27 p.m. just south of Eatonville.

According to Washington State Patrol, a northbound 1994 Honda Civic driven by 19-year-old Patrick J. Reed allegedly attempted to pass up another vehicle on a curve and struck an oncoming vehicle head-on.

At this time, the crash remains under investigation, but thus far State Patrol believes either alcohol or drugs played a role in the accident. Reed, of Spanaway, may face a charge of vehicular assault.

If you’re impaired due to drugs or alcohol, do not get behind the wheel. Car accidents happen when we drive while drunk or distracted. It is best to rely on a taxi driver or sober friends to bring you home instead.

For more than 40 years, the Sweet Lawyers have been guiding families and individuals in their legal journey. For a free consultation with us to discuss your case further, call (800) 674 7852. Results matter and so does our reputation. We assure you that we have tackled numerous personal injury cases like yours and have settled more than $200 million in lawsuits. For a tried-and-trusted law group that’ll bend over backward for your future, choose us.