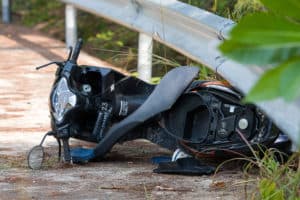 According to the California Highway Patrol, a 25-year-old Sacramento man riding with a 26-year-old female passenger approached a curve at an unsafe speed. Traveling northbound on Bass Lake Road near Cameron Park, the unidentified rider tried slowing down but lost control of the bike.

Subsequently, the bike fell onto its side with both occupants on it and skidded into the southbound lane, striking a southbound Honda Accord.

Despite attempts at trying to dodge the motorcycle, the Honda driver struck the pair sending them to the shoulder.

Following the accident, the passenger was airlifted to a nearby hospital with major injuries. Three passers-by tried rendering CPR to the motorcyclist who subsequently succumbed to his injuries at the scene.

Authorities have yet to determine whether impairment played a role in the accident.

If you have a wrongful death case you’d like to file, contact the Sweet Lawyers. We have four decades of practice and experience under our belt. From wrongful death to personal injury cases, our firm has settled thousands of lawsuits much of which are similar to yours. To discuss your case further with our lawyers, call (800) 674 7852.