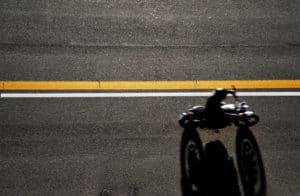 Woman on Motorcycle Falls, Dies After Being Hit by Car on 10 Freeway near City Terrace Drive

According to reports, the incident happened around 11:30 p.m. The motorcyclist had been traveling east at the time when, for unknown reasons, a woman on the bike fell off before being hit by a passing car.

Unfortunately, the woman died at the scene and crews had no choice but to shut down the eastbound lanes due to investigations.

Meanwhile, the driver and the motorcyclist stayed at the scene and cooperated with officials. However, officers ended up arresting one person for unclear reasons.

By 3 a.m., all eastbound lanes reopened to commuters.

Our heartfelt sympathies and deepest condolences go out to the bereaved family and friends of the victim.

The experienced personal injury attorneys at the Sweet Lawyers Attorney at Law understand your current state. The physical and mental trauma from a car collision can alter your life forever. You need a seasoned lawyer who not only knows about the law but is aggressive and will provide a cogent argument for you. You’ll be made sure that we’ll argue the veracity of your claim to get you the best settlement from this plight. Call (800) 674 7852 for the next steps. In addition, we can also be contacted 24 hours a day and 7 days a week by email, online chat, and text message. We know what it takes to win your lawsuit. Above all, we believe you deserve the best legal representation and proper compensation for your pain and suffering. You are not alone, let us guide you through the next steps.