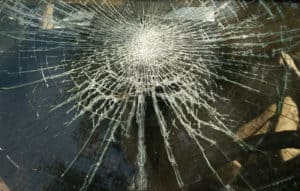 The crash occurred at approximately 4:05 p.m., in a Home Depot parking lot. According to San Diego Police, a westbound 2015 Toyota Prius driven by an 80-year-old man struck a pedestrian on the sidewalk.

As a result of the impact, the 57-year-old pedestrian suffered severe injuries. Paramedics later brought him to a hospital where nurses began treating him for internal bleeding. He reportedly remained at the hospital as of early Thursday morning.

Meanwhile, officers questioned the driver at the scene, determining that intoxication did not play a role in the crash. The surrounding area on Sports Arena Boulevard remained closed down during the investigation. However, the roadway has reopened.

Slowing down and paying attention to nearby pedestrians on the road can increase our safety. Rushing to where we need to be only increases the risks of road accidents. When conscious of our actions and our surroundings, we can avert the dangers of car accidents.

Recovering is not simple, especially when lacking the means to cover costly medical bills. The Sweet Lawyers are on your side. If you are interested in filing a claim and holding the reckless driver accountable for his or her actions, we can assist in this regard. We excel at personal injury and wrongful death lawsuits. With our primary goal to secure your future, you can anticipate a rewarding outcome and loophole from the current travails of your car accident. Call (800) 674 7852 to schedule your consultation.