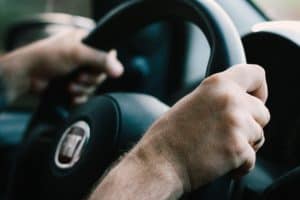 MOUNTAIN VIEW, CA (March 26, 2019) – A pedestrian who ran across Highway 101 near Rengstorff Avenue died after a driver in an SUV struck him Sunday night.

According to California Highway Patrol Officer James Evans, the incident unfolded around 7:00 p.m. and drew CHP officers to the scene. When officers arrived, witnesses informed them that a pedestrian ran from the right side of the road toward the center divider. In the No. 1 northbound lane, a white 2001 Subaru Forester struck the man, causing him major injuries.

Firefighters coupled with officers at the scene and ushered the victim, described as a transient in his 20s, to Stanford Hospital. However, despite life-saving efforts, the man died soon after.

The 22-year-old Hayward man driving the SUV escaped injury but was pretty shaken up, according to investigators. CHP further adds that neither alcohol nor drugs played a role.

Now, authorities are asking witnesses to call CHP Officer Matt Balvin at 650-369-6261 if they know anything pertaining to this crash.

Our hearts and deepest sympathies go out to the bereaved family and friends of the victim.

To file a wrongful death claim, contact the Sweet Law Group at (800) 674 7852. Any children of the deceased or surviving spouses have within two years to file their claim in California. Although no amount of compensation can bring back a loved one, you can still grant your family the help they need. We can help you settle your case and tackle medical and funeral costs. With our aggressive representation and close attention to your needs, you are in a professional’s hands.