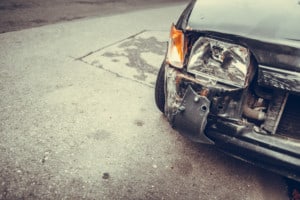 CITRUS HEIGHTS, CA (January 3, 2019) – A woman is recovering after being struck by an alleged DUI hit-and-run motorist on Dec. 27 near Auburn Boulevard and Charwood Lane.

A GoFundMe page was created for Kelly Cass, to help raise funds for her recovery costs.

Kelly Cass was riding her skateboard Thursday near Auburn Boulevard and Charwood Lane when police say Angel Huerta struck her with his car. Cass reportedly went flying through his windshield and into the passenger seat where she was pleading for him to stop the car.

Huerta, however, kept driving until making it three miles away, where he abandoned the vehicle and ran off. Cass was able to contact 911 and, not too long after, Huerta was found by officers and arrested on suspicion of felony DUI, felony hit-and-run and kidnapping. He remains in jail with no bail option.

Cass is recovering at a hospital after having suffered from broken arms, shattered bones in her legs and a fractured neck.

Being under the influence while behind the wheel is the reason for reckless and irresponsible driving. If you are under the influence of alcohol or drugs, do not operate a motor vehicle. We as drivers and pedestrians must look out for trouble while on the street. Pay attention to your surroundings and never assume anyone is a safe law-abiding driver.

For an experienced team of personal injury attorneys, consider the Sweet Law Group. Our attorneys at law hold a 98-percent success rate and are backed by more than four decades of experience. We charge no out-of-pocket fees to retain our services and pledged to work on your case in the first several hours. When you collaborate with us, you will immediately take note of our commitment to your future and drive to fight aggressively to win your case. For a 100-percent free consultation, call (800) 203-3061.