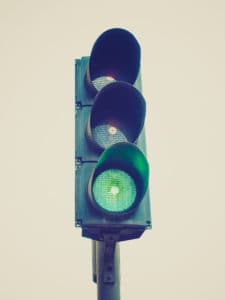 The incident took place on September 3 at about 7:37 p.m. at the Sombrero Mexican Food restaurant on 1501 East Washington.

The car reportedly crashed into the side of the building, said San Diego police.

According to a report, the crash injures at least two cooks, a cashier, and probably another person. They were all inside the restaurant when the incident happened. Medic took all of them to the hospital for minor injuries.

SDPD said that initially, before the crash incident, they were chasing the driver for reasons yet to be clarified. However, they stopped the pursuit about four blocks from the restaurant.

The driver also sustained injuries however, it is unknown how severe the injuries were. He tried to run from the scene but the authorities arrested him and took him to the hospital.

Due to the incident, the driver is facing charges of felony hit-and-run.

Furthermore, authorities blocked the surrounding area for the public’s safety.

Driving can be very dangerous if you are not driving in a safe and legal manner. May this serve as a reminder that perverse actions on the road as well as reckless driving can lead to road accidents. Therefore, it must be avoided.

We at Sweet Lawyers are your best bet when it comes to serious traffic accident. With over 40 years of experience in the legal field, we know what it takes to win your personal injury case. We promise to fight, day and night, to achieve the justice and compensation that you and your family deserve. Call our offices at (800) 203-3061 for a free consultation with a professional in your area. We can also be contacted by email, online chat, and text message 24 hours a day and 7 days a week.