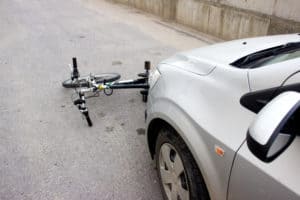 Chico, CA (May 26, 2020)– On Sunday morning, a crash incident involving a bicycle was reported on Humboldt Road that killed Diane Ruby.

On May 24, around 10:00 a.m., two bicyclists were going westbound on the Humboldt Road before the crash happened.

Another involved vehicle was a Honda CRV who was eastbound on the same road.

As the car approached the two bicyclists, the Honda driver, a 56-year-old woman slowed down, CHP said. The woman also tried to give way for the bicyclist by going right off the road. Consequently, the 65-year-old bicyclist also steered right to avoid the Honda. However, she ended up hitting the bicyclist beside her.

Thus, the elderly bicyclist, now identified as Diane Ruby, lost control of her vehicle and went straight into the Honda where she was hit. According to the CHP, she was rushed to the hospital for immediate treatments but she was later pronounced dead.

Furthermore, the CHP confirmed that the victim was wearing a helmet during the incident. CHP did not believe the incident was influenced by alcohol, drugs, or speeding.

We at Sweet Lawyers offer our heartfelt condolences to the family and friends of Diane Ruby. Our deepest thoughts are with them during this difficult time.

In a time filled with uncertainty, confronting a tragic loss can seem unimaginable. Losing a loved one in a traffic accident may seem like everything is over but the family must know that there are ways on taking power over a tragic situation.

“Our goal is to safeguard the legal rights of families in the wake of catastrophic accidents. Insurance companies only protect their own interests, which is why we protect those of our clients. Our firm works tirelessly to ensure that the people we work for are granted the highest restitution possible. Although nothing can bring back those dearly departed, we strive to secure the future of our clients, protecting them from further losses,” explains Mark.

If a loved one died or has been injured in a bicycle accident, contact Sweet Lawyers. Our wrongful death attorneys have over 40 years of experience in the legal field. Sweet Law groups have dealt with cases such as auto accidents, personal injury, and disability. Our team will fight to achieve the justice and compensation that you and your family deserve. Call our offices at (800) 203-3061 for a free consultation.