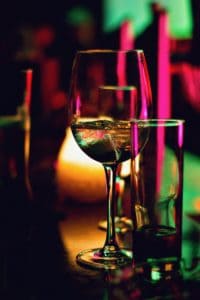 Tulare County, CA (August 23, 2020) – On Saturday, a CHP officer sustained injuries, while 26-year-old Tristin Zurita of Tulare was arrested for a DUI crash on Highway 99.

Sgt. Michael Wolfe said a CHP patrol car with two officers parked behind an abandoned vehicle along southbound Highway 99, south of Betty Drive around 2:20 AM.

The passenger went to inspect the abandoned vehicle, while the driver pulled the vehicle’s plates.

Just then, Zurita drifted and struck the CHP patrol car.

The two of them were later released.

Meanwhile, the officer who was outside of the patrol car during the collision did not get injured.

The authorities believe Zurita was intoxicated at the time of the accident.

Police arrested and booked Zurita into the Tulare County Jail on charges of DUI causing injuries. DUI with .20% blood alcohol content causing injury and obstructing to an officer. Zurita was held on a $100,000 bond.

Authorities continue to investigate the accident.

Call Sweet Lawyers if you are interested in filing a claim for an auto accident case. Our firm takes on personal injury, wrongful deaths, disability, and car accident cases of every kind. We know that an accident can set you back financially, and cause you distress and trauma. Furthermore, we vow to stay on your side the entire way through your legal battle. Above all, we aim to get you the justice and compensation you are rightfully owed. For your convenience, you can also reach us through online chat and email 24 hours a day, 7 days a week. Also, you may call us at (800) 674 7852.