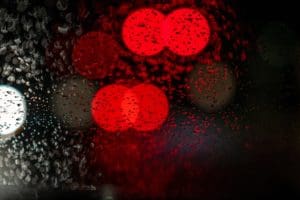 Around 1:00 a.m., a deputy was conducting a traffic stop when an older model pickup truck struck his patrol vehicle.

According to a reporter at the scene, officers arrested 49-year-old Arnulfo Torres from Victorville on suspicion of DUI. After complaining of pain, the Victorville man sought treatment shortly after at a nearby hospital.

As far as the deputy involved, he escaped injury and did not require any medical attention.

Drugs and alcohol alter our state of mind and often make us feel invincible. As a result, speeding, running red lights and tailgating occur. If you’re impaired, contact a taxi driver or a sober friend to pick you up. This is a safer way of getting home where you can avoid harming others and yourself.

If you’re ready to hold the reckless driver for his or her egregious actions, contact the Sweet Lawyers at (800) 674 7852. Our personal injury law firm has been around for more than 40 years helping families recover and acquire compensation. A car accident can bring about financial loss and the inability to make ends meet due to physical or emotional damage. Allow us to help you. To learn more about your legal options, contact us.