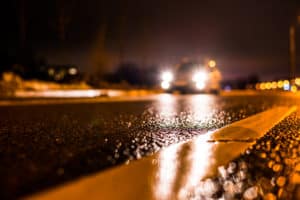 GORST, WA (November 26, 2018) – A boy was killed Monday evening following a solo-vehicle crash near Tremont Street. The victim was later identified as 7-year-old Andy Calmo Jeronimo, a resident of Bremerton.

According to the Washington State Patrol, the incident happened at about 6:30 PM. A green 1999 Toyota Sienna minivan was heading west on Highway 16 when it lost control and struck a guardrail.

The child, who was unrestrained in his booster seat, suffered fatal injuries and was pronounced dead at the scene. Four other children, a 34-year-old woman, and the 30-year-old driver were all secured in their seatbelts and did not sustain injuries in the crash.

Investigators believe that the minivan was traveling too fast for the wet and rainy roads at the time of the accident. Anyone who may have witnessed the incident is asked to call the WSP at (360) 473-0141. Additional information will be released following the conclusion of the investigation.

We at Sweet Law offer our heartfelt condolences to the family and friends of Andy Calmo Jeronimo. Our deepest thoughts and prayers are with them during this difficult time. May he rest in peace.

If you have lost your child in a tragic accident caused by the irresponsible actions of a driver on the road, reach out to the wrongful death lawyers at Sweet Law Group. With over 40 years in the legal field, we know what it takes to win your case. Our team has dealt with cases including personal injury, auto accidents, wrongful death, and disability. Focus on grieving your loved one, and we will take care of the rest. Call us today at (800) 203-3061, and arrange a free case evaluation by a legal professional in your area. For your convenience, we are also available 24/7 through email, text message, and online chat.