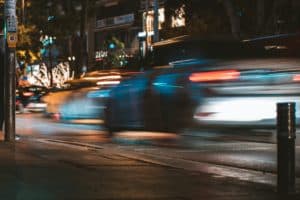 The rollover crash occurred at about 5:50 p.m. westbound on Highway 198, west of 2nd Avenue.

According to the preliminary investigation, Armona man Mr. Ceja drove a 1998 Toyota occupied with a female passenger.

They traveled west on Highway 198 near 2nd Avenue at around 65 mph, revealed spokeswoman Shasta Tollefson.

Meanwhile, a 27-year-old Visalia man driving a 2017 Hyundai also went in the same direction at a speed greater than 65 mph. The Hyundai rapidly overtook the Toyota from behind.

Afterward, the Hyundai’s front crashed with the Toyota’s rear end in the number two lane of Highway 198.

As a result, both vehicles went off the road, toward the northwest. Then, the Toyota rolled over several times until it landed on its left side.

Afterward, the 56-year-old female passenger in the Toyota, an Armona resident, died at the scene.

On the other hand, the Hyundai stopped near Toyota in an orchard along the highway.

The authorities continue to investigate the crash. However, the CHP does not believe that alcohol or drugs played a role.

Moreover, they are urging anyone with information about the crash to call Officer D. Saldana with the CHP’s Hanford Area Office at 559-582-0231.

Sweet Lawyers sends our deepest condolences to the loved ones of the victim. We also hope for the speedy recovery of Saul Ceja.

Filing a Claim For The Victims

The National Highway Traffic Safety Administration (NHTSA) claims that two out of three motorists will be involved in an injury accident during their life. Thus, knowing how to proceed in case you find yourself involved in a traffic collision is a must.

The most valuable step you can take in response to a Kings County crash is hiring a personal injury or wrongful death attorney. Moreover, attorneys prioritize healing and recovery. At the same time, securing your future from further losses a severe accident can bring.

“Hiring the right firm, who has the resources to spend, can make all the difference in getting justice for a client,” says Mark Sweet, a personal injury attorney at Sweet Lawyers.

Reach out to the experienced lawyers at Sweet Lawyers when involved in a serious traffic accident. Also, we have over 40 years of experience in the legal field, and we know what it takes to win your wrongful death, auto accident, personal injury, and disability case. We promise to fight, day and night, to achieve the justice and compensation that you and your family deserve. Call our offices at (800) 674 7852 for a free consultation with a professional.