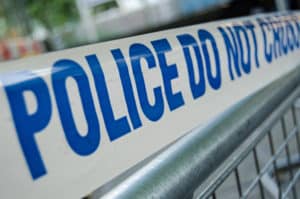 Numerous police and fire officials came about 8:20 p.m. in the 3500 block of South Gaffey Street. They responded after reports of an officer down in the area.

According to police Officer Tony Im, a black Chevrolet Camaro hit the officer. Afterward, the vehicle escaped. At this time, the events that led up to the crash remain unknown. However, they said that it was an assault with a deadly weapon on a police officer.

The police officer sustained minor injuries. Moreover, responders took him to the hospital in stable condition. However, the police didn’t reveal the identity of the injured.

Meanwhile, the authorities found the Camaro near the scene and impounded it as evidence.

The police are still looking for the driver by Saturday morning.

The thought of an accident can leave us all in a panic. If you’re ever involved in one, do your best to remain calm. Moreover, leaving the scene comes with more severe consequences for you. Avoid the trouble and wait for authorities to arrive and tend to those injured.

According to the United States Department of Transportation, there are approximately 300,000 merging accidents every year. Therefore, it’s vital to be a proactive driver, rather than a reactive one. Driving defensively prepares you for emergencies.

If you’ve been injured in a crash, it is important to have an independent investigation to better protect your rights.

“Hiring the right firm, who has the resources to spend, can make all the difference between getting justice for a client,” says Mark Sweet, a seasoned attorney at Sweet Lawyers.

Although no amount of compensation can make a difference to the damages you suffered, pursuing a legal case against the reckless driver in your accident can help your family immensely. The Sweet Lawyers are here to lead you in your legal battle while you focus on recovering. Our lawyers specialize in personal injury cases and can work out compelling evidence for you that will result in a high settlement to help you and your family recover. Tackling costly medical and memorial costs is no easy feat, and we’re here to assist in that regard. For a case evaluation, call (800) 674 7852.