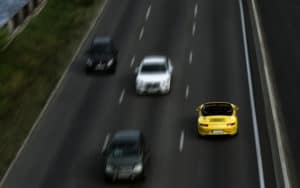 One Killed, One Injured in Richmond Alleged DUI Crash on 80 Freeway

The crash happened at about 5:12 p.m. on eastbound 80 Freeway just west of Central Avenue. A grey Nissan Sentra moving in and out of traffic sideswiped a white Mercedes SUV. Then the Nissan driver lost control of the vehicle causing it to overturn. The impact ejected two passengers onto the highway, according to the CHP.

One passenger died at the scene while the other sustained major injuries. Paramedics airlifted the injured passenger to John Muir Medical Center in Walnut Creek. The name of the deceased passenger was not immediately available, a coroner’s office spokesperson stated. The Mercedes driver was not hurt.

Officers arrested the driver of the Nissan for felony driving under the influence.

Authorities shut down all the highway’s eastbound lanes for about 45 minutes. Traffic moved in one lane at around 6:09 p.m. Other lanes reopened later.

During this moment of grief, we would like to extend our sincere sympathies and thoughts of comfort to the family and friends of the victim.

If you have lost a loved one in an accident and you need a lawyer to represent you, contact our legal team for immediate help. While no amount of compensation can bring back a loved one to life, the party at fault can be held liable for the loss. An experienced wrongful death attorney at Sweet Lawyers can fight the legal battle for you. We do not down our tools until you get fair compensation for financial loss, wage loss, and property damage. Call our office today at
(800) 674 7852 to discuss your case with us free of charge.