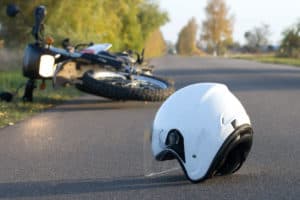 San Diego Police Officer John Buttle said that the incident occurred at about 12:10 a.m. Moreover, it happened at the intersection of Lantana Drive and Euclid Avenue.

Also, reports revealed that a vehicle from Lantana Drive struck the right side of a Yamaha motorcycle. Meanwhile, the motorcyclist was heading north on Euclid Avenue when the crash occurred.

Furthermore, responders rushed the 33-year-old male driver of the motorcycle to a hospital. According to reports, the rider suffered a fractured tibia and fibula.

Authorities do not have a description of the hit-and-run driver at this moment.

Weaving in and out of lanes is dangerous. Always stay in your lane and be aware of the presence of other motorists around you. Pay attention and consider small vehicles like motorcycles and bicycles because these are more prone to road accidents than bigger vehicles.

Thus, the most valuable step you can take in response to a vehicle crash is hiring a personal injury attorney.

“Personal injury attorneys prioritize your recovery while securing your future from further losses a severe accident can bring. A common misconception is that personal injury lawyers don’t care. That is simply not true. Moreover, injury lawyers care about and want justice for their clients. We are driven by the desire to make our clients whole again,” says Steve Baric of Sweet Lawyers, an attorney practicing for over 40 years.