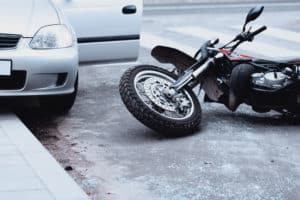 CHULA VISTA, CA (April 12, 2019) – On Friday afternoon, a motorcyclist was injured in a car accident on Third Avenue.

According to officers, the crash happened just after 3:00 PM, near Naples Street. Dispatchers arrived to the area shortly after.

To begin, a motorcyclist collided with a northbound van traveling on the roadway. However, the cause of the accident is currently unknown.

The biker consequently suffered traumatic injuries to his head and lower extremities as a result. Paramedics eventually transported the victim to UC San Diego Medical Center for further treatment. However, he is still currently listed in critical condition due to the impact.

Furthermore, the driver of the van stayed on scene and cooperated with officials. The driver remained unharmed.

In addition, alcohol or drugs were not considered a factor in the crash.

The roadway was closed off for a brief time while crews worked to clean the scene, but has since reopened. No further information have been released at this time. An investigation is still currently ongoing to determine further details.

Extreme caution should be taken whenever you are operating a motorcycle. In addition, always wear a helmet and suitable clothing. It is important to drive cautiously and always expect the unexpected. Always maintain a stable speed and make sure your presence is known.

If you have been hurt in a car accident or motorcycle collision, contact the attorneys at the Sweet Lawyers. We have been around for more than four decades, providing legal representation to victims of negligence. We urge you to call us today at (800) 674-7854 for a free consultation.