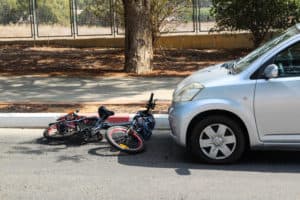 According to the California Highway Patrol, the incident happened near 15 Street West at approximately 12:47 AM.

Initially, reports from the Palmdale Sheriff’s Station showed that the 37-year-old man from Palmdale was on his motorcycle when he was struck by a 1997 Honda Civic that failed to stop for a red light at the intersection.

The Los Angeles County Coroner’s Office confirmed that the rider died at the scene. Witnesses stated the driver of the Civic then exited the vehicle and fled the scene on foot.

An investigation is ongoing to locate and identify the hit-and-run suspect.

Sweet Lawyers is sending its sincere sympathies to the family and friends of Michael Davis.

If you have lost a loved one in a hit-and-run crash, you can contact the wrongful death lawyers at Sweet Lawyers. We understand what you and your family are going through and are here to help. Our team has over 40 years of experience in the legal field. As a result, we know what it takes to win your case. We have dealt with a variety of cases including personal injury, wrongful death, and disability. Contact our offices by calling (800) 674 7852 to arrange a free, no-obligation consultation with an experienced legal professional in your area. In addition, we can also be contacted 24 hours a day and 7 days a week by email, online chat, and text message. Above all, we believe you deserve the best legal representation and proper compensation for your pain and suffering. You are not alone, let us guide you through the next steps.