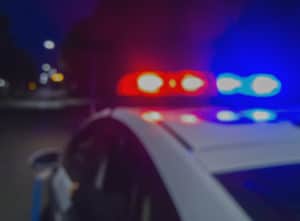 Sedan and SUV Collide on East Church Avenue in Roosevelt

The crash happened around 7:53 p.m. at the intersection of East Church Avenue and South Orange Avenue.

CHP officials said a gray Nissan sedan and a green GMC Envoy collided for unknown reasons. When they arrived on the scene, they found a male occupant lying in middle of the roadway. That patient was reportedly unresponsive.

A woman was also pinned inside one of the vehicles.

Paramedics provided medical aid to the patients, whose extent of injuries and conditions were not immediately available.

The specific cause of the crash and who may be at fault remain under investigation.

A car accident, no matter how minor it occurs, is dangerous. It can leave several properties and vehicles damaged. It can also cause minor to major physical injuries. To avoid getting involved in one, it is always important to stay alert and practice safety precautions when you are behind the wheel.

We encourage you to speak with us today if you have suffered injuries from a car accident. At the Sweet Lawyers, we house seasoned personal injury lawyers who can provide you with the best legal representation. We will guide you every step of the way until we win your case. Call us at (800) 674 7852 and let us help you obtain the compensation and justice you deserve.