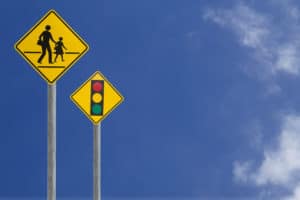 WATSONVILLE, CA (May 7, 2019) – The man who suffered major injuries during Sunday’s pedestrian accident at Rodriguez and West Beach streets has died.

According to Watsonville police, they are not releasing the 75-year-old man’s name at this time.

Soon after, paramedics transported him to a local hospital where, despite life-saving efforts, he passed away. The driver stayed at the scene and cooperated with police.

According to investigations, officers do not believe alcohol or drugs played a role in the accident. However, the case remains under examination as authorities piece together the details that unfolded.

No one is ever prepared for news like this. Our hearts go out to those deeply affected by the loss of their loved one.

The Sweet Lawyers comprises a stalwart team of dedicated legal professionals. You can have peace of mind in knowing you’ll be paired with a trusted and seasoned lawyer to manage your case. For four decades, our firm’s been an industry leader in representing victims of negligence and misconduct. We know what it takes to win lawsuits. Whether you’re dealing with a personal injury, car accident or wrongful death matter, we encourage you to take the legal steps toward justice. Call (800) 674 7852 for a free consultation.