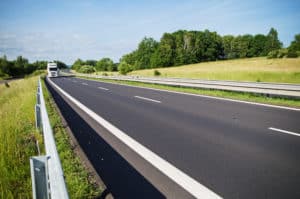 California Highway Patrol received a call shortly before 3:15 p.m. about an accident on eastbound 80 Freeway just east of the American Canyon Road off-ramp.

Reports stated that there were a white pickup, red Kia and a semi parked on the freeway shoulder. A man, possibly a pedestrian, was found lying in the grass and bleeding.

When paramedics arrived at the scene moments later, they provided CPR to the man. They later pronounced him dead at the scene.

A chaplain and a coroner’s official responded to the area to lend aid.

The information on the cause of the fatal semi-truck accident and how it transpired is not immediately released.

The name of the deceased is not available. The incident remains under investigation.

To the bereaved family and friends of the victim, our law firm sends our condolences to you during this sorrowful time.

It’s not too late to file a wrongful death claim against the negligent driver. If you have been injured or have suffered a devastating loss in the family due to a reckless driver, call (800) 674 7852. At the Sweet Lawyers, we hold 44 years of practice and will charge nothing unless we win your case. We aim to represent your lawsuit in the best light possible and grant you full compensation. To get the ball rolling on your lawsuit, call today.