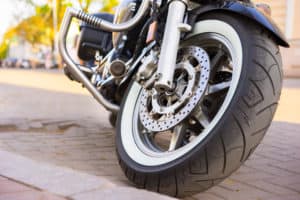 The fatal crash happened just before 10:00 a.m. along the southbound lanes of 405 Freeway at Olympic Boulevard.

According to the CHP, a 2007 Suzuki GSX R-series sportbike was in the left main lane of the freeway, just North of Olympic Boulevard, approaching a black 2018 BMW X5 SUV that was in the next lane to the right.

For unknown reasons, the rider lost control and veered to the right, crashing the left rear of the BMW.

The motorcycle caught fire from the impact, The rider, only identified as a 25-year-old Reseda man, was pronounced dead at the scene. His name has not yet been released pending family notification.

The BMW driver, a 60-year-old Beverly Hills man, was unharmed.

Several freeway lanes were closed, causing a five-mile back-up of southbound traffic. All lanes were reopened roughly around 1:05 p.m.

Alcohol and/or drugs were not being ruled out as factors in the crash.

Authorities are still working on the incident and urging witnesses to call the CHP’s West Los Angeles Office at (310) 642-3939.

We extend our sincerest, most heart-felt condolences to the family and friends affected by this tragic loss.

If you are burdened by the loss of a loved one caused by negligence of another party, we can help. Reach out to our team of credible and highly qualified wrongful death lawyers at The Sweet Law Group. We have been handling any kinds of accident cases and getting maximum compensation for bereaved families for over forty years. If you need our service, give us a call us today at (800) 674 7852 for a free evaluation of your case details.