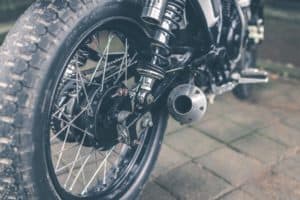 Around 1:52 PM, a Humboldt County Sheriff’s deputy heading eastbound on Highway 299 observed a male rider traveling at speeds in excess of 100 miles per hour. The deputy attempted a traffic stop on the rider at the Blue Lake exit of Highway 299.

The rider failed to yield and the deputy initiated a pursuit. Due to the rider’s high speeds and the danger to the public, the deputy terminated the pursuit at the intersection of Blue Lake Boulevard and Greenwood Road.

After the pursuit, the rider continued eastbound on Blue Lake Boulevard and was involved in an accident.

As a result, Lafranchi suffered major injuries and was taken by ambulance to Mad River Community Hospital, where he later died.

While excessive speed is considered a factor, it is unknown if alcohol and/or drugs may have been additional factors in this crash.

Authorities are still investigating the incident and urging witnesses to contact the Humboldt Area CHP Office at 707-822-5981.

We hope the family and friends of Dylan Lafranchi are surrounded by steadfast and comforting support as they grieve for the loss of their loved one.

Contact our team of wrongful death attorneys at The Sweet Law Group if you have lost a loved one in a motorcycle accident. Our legal team has handled hundreds of wrongful death claims for families of victims killed in tragic accidents. Losing a loved one is never easy, but with our teal, you can rest assured that you have an enthusiastic team on your side. Give us a call today for a free case evaluation at (800) 674 7852.