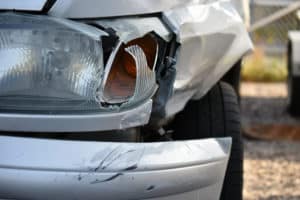 TRACY, CA (January 2, 2019) – A 21-year-old Tracy man was among the three victims of a single-vehicle crash Saturday evening on Grant Line Road near North MacArthur Boulevard.

Arturo Ramirez Valencia was identified as the 21-year-old victim who died in the fiery wreck. The two other victims’ identities have not yet been officially released. A fourth crash victim was reportedly in critical condition and recovering at a hospital while two other victims suffered moderate injuries and were expected to survive.

According to the Tracy Police Department, the white Dodge Charger was speeding and lost control on Grant Line Road before it hit a curb and struck a fire hydrant and several trees. The car then erupted into flames, trapping the victims inside until they were freed by firefighters. The six Tracy residents inside the car were said to be ages 15 to 22 years old.

Arriving police pronounced one of the victims dead while the other five were transported to area hospitals, where two of them died.

Reports say two people were ejected due to the impact and the one who was declared dead at the scene was found in the westbound lanes of Grant Line Road.

An investigation of this crash is underway, and so far, police believe speed and alcohol may have played a role. Anyone with information is urged to contact the authorities.

Our hearts break for the family and friends of Arturo Ramirez Valencia. We hope you find support around you and we’d like to send our sympathies.

Choose the Sweet Law Group when seeking legal representation by a fierce and dedicated litigator. Our personal injury lawyers are trained to handle cases involving car accidents and disability law. We will push the envelope to ensure you and your family acquire justice and reformation. For a lawsuit that bears fruit, call (800) 203-3061 to reach our lawyers. We focus on helping our clients recover and pay for any overwhelming medical or memorial service costs.