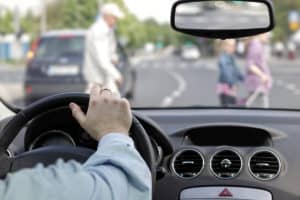 Lt. Jason Taub of the El Cajon Police Department revealed that the incident happened at around 8:40 p.m. on Broadway and First Street.

Paramedics treated the man at the scene. Eventually, they transported the pedestrian to a local hospital, where he later succumbed to injuries.

The preliminary investigation showed that an eastbound white Toyota Camry on Broadway at First Street hit the wheelchair-bound man. The elderly man was crossing the street illegally. Meanwhile, the involved driver remained at the scene and has been cooperative with the investigation.

The authorities also ruled out alcohol or drugs as factors in the collision.

“We would… like to remind those who walk at night to obey all traffic control devices, only cross the street at designated, controlled intersections, and wear bright or light-colored clothing for visibility,” Taub stated.

“For those driving vehicles during hours of darkness, please pay extra attention to the roadway and be aware of pedestrians that may be crossing.”

At this time, the authorities didn’t disclose the identity of the victim.

We at Sweet Lawyers send out our heartfelt sympathies to the friends and family of the victim who passed in the accident on Broadwway.

Accident on Broadway Aftermath and the Rising Number of Pedestrian Accidents

In a time where an unexpected tragedy befalls such as this one, you may be left feeling powerless. According to NHTSA, pedestrian fatalities continue to rise in the United States. More pedestrians were killed in 2018 than in any year since 1990

While assigning blame is usually one of the last things you would consider doing in a time of a devastating loss, it is important to make sure your family is covered in the face of tragedy.

If someone you love died in a similar accident, you do not have to face the aftermath alone. When you work with us, you will be provided with personalized assistance, aggressive representation, and compassion throughout the entire process. We do more than simply win cases; our purpose is to maximize your recovery and grant you peace of mind, with your future at the forefront. During your initial call, we’ll discuss your case at length to determine your legal options. In addition, you won’t pay a dime until we settle your case. Call (800) 674 7852 for a free consultation.