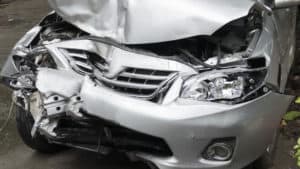 A driver said the Ford was northbound in the far left lane of Amargosa Road but then turned left onto Mojave Drive. Witnesses said that the turn made the Ford collide with the Honda that was southbound on Amargosa Road. The collision caused major damage to both vehicles.

The 83-year-old man in the Honda was talking at first, according to a witness. However, the man was going in and out of consciousness and didn’t look too good.

Paramedics transported the elderly man to Victor Valley Global Medical Center. He was pronounced dead at the said hospital. Meanwhile, taken to a local hospital as a precaution were the male driver of the Ford and his passenger. Emergency responders had to extricate a female passenger from the Ford.

The crash caused the closure of Amargosa Road at Mojave Drive for approximately three hours. Authorities suggested the use of alternate routes.

We offer our sincerest condolences to the loved ones of the victim.

Reach out to a seasoned and dedicated wrongful death attorney today if you have lost a loved one due to a negligent driver. The Sweet Lawyers provide the best legal representation that will help you win a settlement. We will work hard to obtain justice and compensation for your injuries, losses, and suffering. You are not alone in this. Call us at (800) 674 7852 for a free consultation.