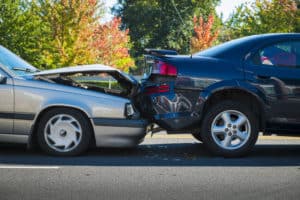 SAN DIEGO, CA (March 25, 2019) – A Rideshare passenger died at the scene Saturday of a DUI two-car accident along Highway 163 near Quince Street.

According to the California Highway Patrol, the deadly event happened around 2:30 a.m. on the southbound side of Highway 163. Witnesses informed CHP that a Lexus sedan rear-ended a Mazda sedan and sent both vehicles off the highway. One car reportedly careened down an embankment.

The sole occupant of the Lexus, as well as the driver of the Mazda, suffered moderate to major injuries.

By 7 a.m., crews opened all southbound lanes after an hours-long closure due to the investigation.

Authorities determined that the Lexus driver had been impaired at the time of the crash and now faces DUI charges.

Our hearts go out to the family and friends of the victim. We hope you obtain support and courage during these heavy times.

The personal injury lawyers at the Sweet Law Group hold a 98 percent success rate and will charge you nothing unless they win your case. For 44 years, our firm has guided numerous families in their legal battle. If you have a wrongful death or personal injury case you would like to file, call (800) 674 7852. Help is just one call away and with a consultation, you will be apprised of your options. Discuss your case further with our case evaluators.