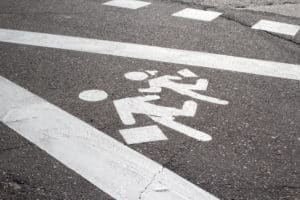 CARMICHAEL, CA (March 22, 2019) – One pedestrian was killed and another was badly injured after being struck by a car Friday morning in Carmichael.
The fatal crash happened around 9:31 a.m. on Arden Way near McClaren Drive.
According to the California Highway Patrol, two female pedestrians were walking along Arden Way where there was no sidewalk when a 16-year-old driver swerved onto the shoulder and struck them.
The two victims, both 72-year-old women, were taken to a hospital with major injuries. Despite life-saving efforts, one of the victims, identified as a Peggy McClendon of Carmichael, did not survive and was declared dead.
The driver stayed on scene and cooperated with authorities. Drugs and/or alcohol were not being ruled out as factors in the crash, which remains under investigation.

Our deepest condolences are with the family and friends of Peggy McClendon. We also wish the injured victim a swift and steady recovery.

After a fatal accident, the family left behind, incur damages including the cost of current and future medical expenses, lost work and wages, pain and suffering, and loss of enjoyment of life. Learn how to protect the rights by calling our hotline at (800) 674 7852. Our litigators at The Sweet Law Group understand your situation and can help provide you with unmatched legal representation. We understand the hardships and emotional trauma you are experiencing and we guarantee we can help you. Leave the legalities to us while you prioritize the needs of your family.