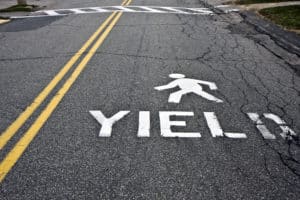 Moreover, the authorities didn’t provide the identity of the victim, as well as the vehicle and its driver.

Also, the officers continue to investigate the fatal crash to determine the circumstances that have led up to the incident.

We at Sweet Lawyers offer our heartfelt condolences to the family and friends of the victim. Our deepest thoughts are with them during this difficult time.

Common locations for these pedestrian incidents include shopping center entrances and street corners.

To file a wrongful death claim, call Sweet Lawyers at (800) 674 7852. Our mission is to provide you with a strong case and to prove the other party’s negligence. No one should have to suffer from unfair circumstances due to someone else’s behavior. With us, you can focus on recovering, as we undertake your case. If you’re interested and would like to know more about your legal options, call our lawyers. Above all, we believe you deserve the best legal representation and proper compensation for your pain and suffering. Our team is here for you and your family during this difficult time in your lives. You are not alone, let us guide you through the next steps.