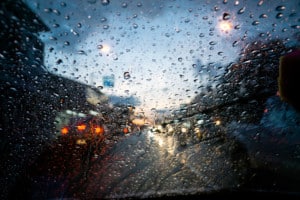 The fatal crash happened just before 7:00 a.m., on the eastbound lanes of the freeway. Dispatchers arrived near Hargrave Street shortly after.

According to preliminary reports, a Nissan Sentra was traveling east at approximately 70 mph. Another vehicle in the area was traveling at 55 mph or less due to the rain and reduced visibility.

As the Nissan moved from the first lane to the second lane to pass the slower moving car, it lost control and spun out. The car ran off the roadway, crashed near the freeway ramp and went over the south embankment where it collided with a tree.

The driver and the sole occupant of the Nissan, a Rialto man, was pronounced dead at the scene. He was wearing a seat belt.

No identifying information is being released at this time. The crash remains under investigation.

Our deepest condolences and sympathies are with the family and friends of the deceased.

If you have lost someone in a car accident, seek trustworthy legal guidance with an experienced wrongful death attorney at the Sweet Lawyers. We have been representing bereaved families for over 44 years, providing them with excellent legal representation and make sure they receive both justice and compensation they are entitled. If you also need our service, please contact our professionals today at (800) 674 7852 and discuss your case free of charge.