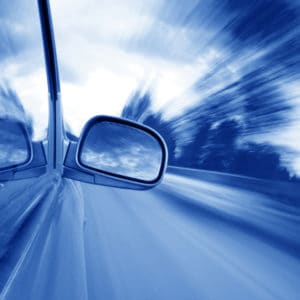 ONTARIO, CA (May 20, 2020) – Early Tuesday afternoon, a man died in a hit-and-run accident on Airport Drive in Ontario.

According to the Ontario Police Department, the accident occurred around 1:29 p.m. on Airport Drive and Terminal Way, in front of Ontario International Airport.

Spokesman Ontario police Officer Eliseo Guerrero revealed that a speeding white Chevrolet Impala crashed into the rear of the tractor-trailer.

After the crash, the driver of the semi-truck didn’t stop and fled the scene.

Unfortunately, the sedan driver sustained critical injuries. When the responders arrived at the scene, they transported the victim to a hospital where he later died.

Meanwhile, the authorities described the hit-and-run vehicle as a white semi-truck with a sleeper cab, towing a 53-foot trailer. Also, they added that the trailer has a missing rear guard.

Moreover, a nearby security camera recorded the accident. Guerrero added that the detectives suspect speed was a factor in the fatal crash.

In addition, they also believe that the truck driver is the suspect since he fled the crash scene without helping the victim or reporting the incident.

The next day, the officers continue to pursue multiple leads that could help identify the name of the hit-and-run driver.

Furthermore, they are also asking the public’s help. They urge witnesses to contact their department at 909-986-6711. Meanwhile, anonymous tipsters can reach them at 800-78-CRIME.

No words can mend the broken hearts and sorrow felt by those close to the victim during this delicate moment. Our deepest condolences and sympathies are with the grieving family affected by this tragic loss.

In the case of the hit-and-run accident on Airport Drive, the family of the victim must become aware of their rights under the law.

This means that there may be a right to file a lawsuit against the person, person’s or company responsible for the loss of their loved one.

If you or someone you know has been involved in a similar head-on crash, don’t hesitate to call for help. Our team here at Sweet Lawyers has many years of experience handling many types of wrongful death cases. With our 98-percent case success rate and over four decades of knowledge and practice, we assure you that you are partnering with an established and successful firm. Our goal is to exceed your expectations and secure your future from further losses. Call us at (800) 203-3061 for a free consultation at any time.