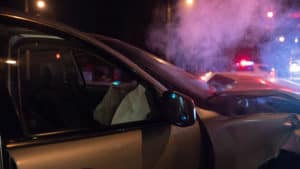 TURLOCK, CA (December 31, 2018) – A 55-year-old man lost his life Wednesday night after his vehicle was struck by a hit-and-run driver in the 1200 block of Lander Avenue near West F Street.

Jose Mora was identified as the 55-year-old fatal victim. The incident happened around 11:30 p.m. when Mora was driving a Nissan pickup truck southbound on Lander Avenue and was attempting a U-turn when his vehicle was struck by a Ford Mustang.

Authorities have surmised that the Mustang was also traveling south on Lander Avenue, yet at a high rate of speed, Turlock Police spokesman Sgt. Russ Holeman confirmed.

Mora was transported to a local hospital where he died from his grave injuries. Witnesses informed officers that the driver the Mustang walked away from the scene and was picked up by another vehicle.

At this time, the Turlock Police Department’s Major Accident Investigation Team is investigating this crash to determine what had happened and who was at fault. Anyone with information is encouraged to call Officer Greg Roton at 668-6536.

Our deepest thoughts and sympathies go out to the bereaved family and friends of Jose Mora.

Discover distinguished legal support with a highly renowned personal injury law firm. At the Sweet Law Group, our firm is comprised of hard-working and fierce lawyers. We are fully trained to undertake a variety of cases ranging from disability law to car accidents. Our highly trained staff will go above and beyond making sure you acquire the highest settlement possible and the justice you deserve. To work with a seasoned legal professional, we can overcome any obstacle, call (800) 203-3061.