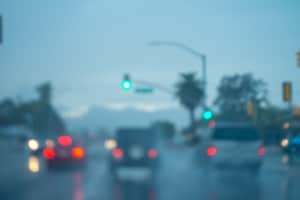 LOWER LAKE, CA (May 19, 2019) – Two men were seriously injured following a head-on crash Sunday afternoon in which the unusual weekend weather is believed to have played a part.

According to the CHP, a 2015 Ford Edge SUV was traveling southbound on Highway 29 at approximately 55 mph. At the same time, a 2005 Chevrolet Silverado pickup truck was heading northbound at approximately 45 miles per hour.

The SUV driver, a 55-year-old John Ritter of Hidden Valley, and the pickup truck driver, 65-year-old Gary Reis of Kelseyville, suffered major injuries as a result of the crash.

Ritter was transported to Sutter Lakeside Hospital while Reis was taken to Adventist Health Clear Lake for treatment. They were both wearing their seat belts at the time of the crash.

CHP officials determined that inclement weather conditions were a contributing factor in the crash.

Lake County residents reported a heavy hailstorm had occurred in the Lower Lake area late Sunday morning, not long before the crash was reported.

Investigation of the incident is still ongoing.

Driving in bad weather usually takes longer and is more stressful. The best way to avoid an accident or problem on the road in bad weather is just to stay at home and wait for the weather to improve. If you need to be on the road, it is essential to plan ahead for the drive.

If you have been injured in a car accident, contact an experienced personal injury attorney today. Our attorneys at Sweet Lawyers provide legal counsel at no charge and will give the best representation to your case until you get the maximum settlement you deserve. Call us today at (800) 674 7852 and let us help you.