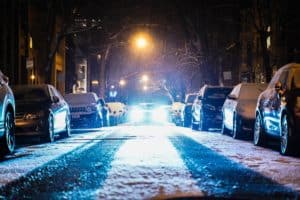 According to San Diego police, the victim was either standing in the street or attempting to cross when an SUV struck him. The car then dragged him for about 100 feet.

Officers found the victim lying at 19th and Market streets, and pronounced him dead at the scene.

Jason Gordon was originally from Kansas City, Mo. and moved to San Diego about 10 years ago.

The involved vehicle fled the scene. It was last seen heading east and has not yet been found, police said Monday.

Police are still looking for an SUV, possibly a silver GMC Envoy with damage to the left headlight and front of the vehicle.

We offer our deepest sympathies to the family and friends of Jason Gordon. We hope that the investigation of authorities will end up bringing justice wherever it is due.