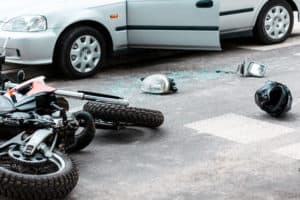 FREELAND, WA (September 23, 2019) – A person sustained critical injuries after a car and motorcycle collision on Highway 525 on September 18.

54-year-old Dale Barthlett of Freeland is in critical condition on Harborview Medical Center.

According to the WSP, Barthlett rode his 2013 Harley Davidson FLHX motorcycle north on Highway 525. Meanwhile, 72-year-old John Meyer from Langley traveled in a 2013 Toyota Highlander on Scott Road. Meyer then stopped at the intersection with Highway 525. As Meyer drove into the intersection, he crashed with Dale Barthlett’s motorcycle.

A helicopter with Airlift Northwest took Dale Barthlett to Harborview. Moreover, reports revealed that he wore a helmet at the time of the collision. Meanwhile, Meyer sustained injuries and received treatment at the scene.

Authorities received reports of the crash at 1:59 p.m. The State Patrol added that the motorcycle and the Highlander are both totaled.

The State Patrol currently investigates the crash. It’s also unclear whether drug and alcohol played a role in the crash.

Weaving in and out of lanes is dangerous. Always stay at your lane and be aware of the presence of other motorists around you. Pay attention and consider small vehicles like motorcycles and bicycles. As a result, these are more prone to road accidents than bigger vehicles.

If you believe that a loved one wrongfully died in a motorcycle crash, choose to trust the wrongful death lawyers at Sweet Lawyers. We have over 40 years of experience in the legal field. Our attorneys and professional legal team have dealt with cases including car accidents, wrongful death, personal injury, and disability. We will fight to achieve the justice and compensation that you and your family deserve. Call now for a free consultation at (800) 674 7852 and speak to an experienced legal professional in your area.