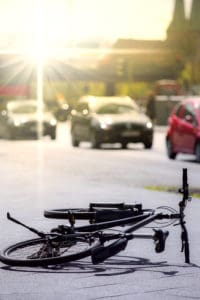 The Phoenix police revealed that the fatal crash occurred at 8:30 p.m. near 32nd Street and Thomas Road. According to reports, a Jeep Patriot struck 42-year-old Brandy Heideman while she died circles in the center turn lane as she waited for traffic to clear.

As Heideman approached the eastbound lanes, the Jeep hit her. Brandy Heidenman died at the scene.

Meanwhile, there’s another bicyclist possibly struck by the same Jeep. However, the rider fled on foot and left the bike on the road. It’s unknown whether the rider suffered injuries.

The Jeep’s 25-year-old driver remained at the scene. The authorities ruled out impairment as a factor in the collision.

According to police, the road remained closed for multiple hours during the investigation. The road has since reopened.

We at Sweet Lawyers offer our heartfelt condolences to the family and friends of Salvador Gudino. Our deepest thoughts are with them during this difficult time.

If a loved one died or has been injured in a bicycle accident, contact the personal injury lawyers at Sweet Lawyers. We have over 40 years of experience in the legal field. We know what it takes to win your case. Our attorneys and experienced professional legal team dealt with cases including car accidents, personal injury, wrongful death, and disability. Our team will fight to achieve the justice and compensation that you and your family deserve. Call our offices at (800) 674 7852 for a free consultation.