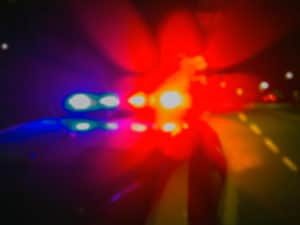 Authorities arrested White after a silver vehicle crashed into a pole in the Garland District. An officer allegedly noticed a vehicle driving at least 80 mph on Assembly Road and Wellesley Avenue around 2:20 a.m.

Spokane Police received a 911 report of two people stuck in a car that caught fire and crashed into a pole at Full Stop Gas and Grocery. However, the fire was out before emergency personnel arrived.

The crews later extricated two men from the car and took them to Providence Sacred Heart Hospital in critical condition. Medics say one victim suffered a partially amputated arm.

Meanwhile, White sustained minor injuries. She is currently booked in the Spokane County Jail on charges of vehicular assault. However, the crash remains under investigation at this time.

Speeding and driving under the influence can easily lead to road accidents. Such habits are causes of disastrous incidents involving major injuries, damage, and deaths. That is why it is important to drive defensively/abide by all driving laws to ensure the safety of yourself and others around.

If you’re dealing with a car crash due to a negligent driver, contact us. With over 40 years of experience in the legal field, we know what it takes to win your auto accident and personal injury case. We will do our best to achieve the justice and compensation that you and your family deserve. Call our offices at (800) 674 7852 for a free consultation with a professional in your area.