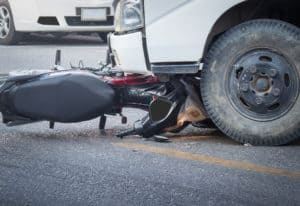 According to Officer Drake Madison of the Los Angeles Police Department, the incident occurred at around 7:50 p.m. The crash happened when a white SUV struck two bicyclists. Furthermore, the crash occurred on Coldwater Canyon Boulevard, just north of Victory Boulevard in Valley Glen.

A bike ended crumpled underneath the SUV while the other one straddled on the curb, authorities said.

Los Angeles fire paramedics pronounced a female biker dead at the scene. Meanwhile, responders transported the other biker to a hospital with a non-life-threatening injury.

The 35-year-old woman driving the SUV remained at the scene. Authorities did not arrest the driver, according to Madison.

The incident is under LAPD Valley Traffic Divisions investigation.

In the fatal bicycle accident on Coldwater Canyon Boulevard, the family of the victim must become aware of their rights under the law.

If a loved one died in a bicycle accident due to a reckless driver, do not hesitate to file a claim. To begin your wrongful death claim, call Sweet Lawyers at (800) 674 7852. Our goal is to remain on your side throughout your legal battle and grant you and your family the settlement you deserve. Moreover, we single ourselves out from other personal injury law firms by providing personalized guidance and aggressive representation. Also, because we respect our clients, we require no silly “retainer,” or holding fees. If you’re interested in seeking trusted legal support to cover the financial hardships accrued by the loss of a loved one, call us.