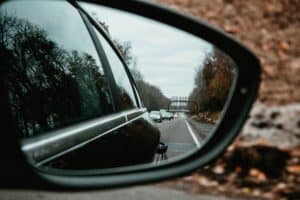 According to San Diego police Sgt. Jessie Holt, a woman played loud music in a car. Moreover, she also block the driveway to Chevron Station on Balboa Avenue near Gennesse Avenue.

When the officers arrived, they tried to talk to her. However, she declined to get out of her car. Afterward, she drove forward and hit two parked patrol cars. Then, she backed up and drove forward again until she hit an officer on the way out. Fortunately, the officer was uninjured.

At this time, the police didn’t disclose the identity of the woman. Hold revealed that she ran over a spike strip set up near the gas station. The authorities then took her into custody about a block away.

If you feel yourself drifting into other lanes due to fatigue or any other reason, safely pull over and rest before continuing to drive. You can also call a friend or an Uber to pick you up if you feel like it would be unsafe to drive.

How to Approach Auto Accidents

Each year, around 20-50 million people are injured or become disabled due to an auto crash. To avoid suffering from such incidents, practice safe driving habits on the road at all times. As a driver, it’s your responsibility to do it even when it is empty, even when there is no police officer around to make sure you make a complete stop.

Also, even if you’re careful in driving, it is still relevant to know what to do if you get involved in a motor vehicle accident

If you’re involved in a serious traffic accident, call us. Sweet Law Group has over 40 years of experience in the legal field. We know what it takes to win auto accident cases. We promise to fight, day and night, to achieve the justice and compensation that you and your family deserve. Call our offices at (800) 674 7852 for a free consultation with a professional in your area.