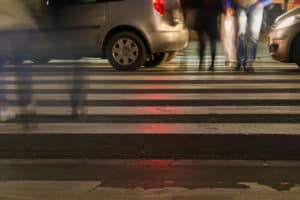 SACRAMENTO, CA (March 5, 2018) – A man died in a pedestrian collision on North A Street after harassing a stranger who struck him with her car, early Monday morning.

Officer Linda Matthew of the Sacramento Police Department stated that 59-year-old Tyrone McGoughy approached a woman in her parked car on North A Street between North 16th and Ahern streets shortly after 2:00 AM. He demanded a ride and he began assaulting her through the driver’s side window when she refused.

The woman drove away in her car with McGoughy hanging onto it outside. She crashed into a parked car which caused it to lift up, and her stow-away passenger rolled under the elevated vehicle. By the time police arrived at around 2:45 AM, Sacramento Fire Department medical professionals had pronounced McGoughy dead. The driver remained at the scene and cooperated with the investigators. She was not injured nor arrested.

The Sacramento Police Department is urging any witnesses to call the dispatch center at (916) 264-5471 or Sacramento Valley Crime Stoppers at (916) 443-4357 or submit an anonymous tip using the free “P3 Tips” smartphone app. Callers may provide information anonymously and may be eligible for a reward up to $1,000.

We at Sweet Law Group offer our condolences to the family and friends of Tyrone McGoughy.

Sweet Law Group has over 40 years of experience in the legal field and has dealt with cases including car accidents, wrongful death, personal injury, and disability. Speak to a legal professional at a location near you by calling to make an appointment – (800) 203-3061. We can also be reached by email, text message, and even online chat, and are available to clients 24 hours a day/ 7 days a week.