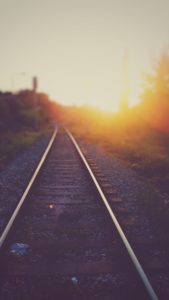 The investigation showed that the water truck was about to exit the off-ramp when it overturned for unknown reasons. It continued as the driver was unable to stop, then collided with another vehicle before colliding over a concrete barricade.

The truck went to a stop when it landed on the train tracks entrapping the driver inside.

The BNSF train conductor was able to stop and avoided hitting the truck.

Victorville City Firefighters and Apple Valley Fire responded to the scene to extricate the driver.

According to the report, the impact of the crash left two occupants of the sedan badly injured.
Furthermore, an air ambulance airlifted the injured patients to trauma centers.

A second helicopter also arrived and airlifted the truck driver.

The investigation prompted the closure of D Street between 2nd Street and the Interstate 15.

Driving can be very dangerous and almost anything can happen if you are not prepared. It is important to always make it a habit to check if your vehicle is safe. This way, you can lessen the chance of road accidents from happening.

We at Sweet Lawyers are your best bet when it comes to serious traffic accidents. With over 40 years of experience in the legal field, we know what it takes to win your case. We promise to fight, day and night, to achieve the justice and compensation that you and your family deserve. Call our offices at (800) 203-3061 for a free consultation with a professional in your area. We can also be contacted by email, online chat, and text message 24 hours a day and 7 days a week.