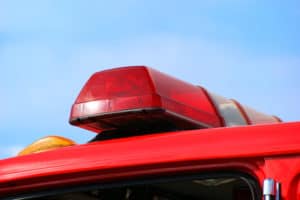 VENTURA, CA (May 31, 2018) – A woman was arrested after a car crash on Main Street, late Thursday afternoon.

According to police officials, the accident occurred just before 4:00 PM at Main Street and South Mills Road. The driver of the vehicle, 24-year old Sariah Cundiff of Ventura, was driving westbound on Main when she made a left turn onto Mills, and hit a pedestrian crossing the street.

The pedestrian complained of back pain, but refused to receive further treatment after being assessed by responding paramedics. No other injuries were reported in the incident.

Police learned during the investigation that Cundiff was driving a vehicle that had been reported stolen. Officers took Cundiff into custody and returned the vehicle to its rightful and registered owner. The suspect was arrested on suspicion of unlawful driving or taking of another vehicle and booked into the county jail, according to police. She remained in custody in lieu of a $35,000 bail and was scheduled to appear in Ventura County Superior Court at 1:30 PM the following Monday.

Paying attention to your surrounding for fellow motorists, pedestrians, and cyclists when behind the wheel is extremely important. By driving defensively and with full awareness of the road, dangerous accidents on the road can be prevented.

Personal injury can incur long-term medical bills, costly treatment expenses, and other costs. You may become unable to work, resulting in lost wages, inability to make ends meet, and additional pain and suffering to you and your family. If you or someone you care about has been injured in a car accident, contact the personal injury lawyers at Sweet Law Group. The experienced personal injury lawyers at Sweet Law Group are ready and able to get you the justice and compensation you deserve. Call us now at (800) 203-3061 for a free initial meeting with a legal professional in an area near you. We can also be contacted 24 hours a day/ 7 days a week by email, online chat, and text message.